BOOK REVIEW: A CALENDAR TOO CROWDED BY SAGARIKA CHAKRABORTY 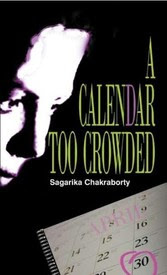 The entire episode of Nirbhaya's gangrape and then her death somehow dabbled my spirits down -not because a woman was wronged but also because she did not survive it - whether we like it or not, she became a victim, somehow representing how the journey from being a victim to a survivor is extremely Difficult. Almost impossible. And almost because I have seen women surviving, though with their scars hidden behind heavy cloaks they have burdened themselves with.

It is with these things revolving in my mind that I began reading two books- A Calendar Too Crowded by Sagarika Chakraborty and The Edge of Desire by Tuhin Sinha both that address the cause of the woman who goes out to Survive despite everything that she undergoes. It isn't just about being a woman- it is about anyone who has faced hardships and who chooses to not give up..Who chooses to still believe in Life, who Hopes to and is willing to Survive and Live!

The book is wonderfully constructed in terms of its content. As the title suggests, it is like you are reading a diary -with dates relevant and little notes, quotes and idioms. These dates pertain to those related to women, girl child primarily along with some dates related to their rights and their institutionalisation.

Sagarika has added short stories or instances of the ways in which women face discrimination and exploitation in their lives and some are so silently construed within the 'working' of the system that literally entails the exploitation.

Not just women, but the book revolves around themes such as racial discrimination(March) ,Female genital mutilation (February), World Population day (July), World Friendship day, Youth Day (August), Anti-trafficking day, Migrants Day(December) and more. You get the idea, right?
This book entails you a mixed-bag of Powerful poetry, heart-wrenching letters and stark accounts which compel you to the most gruelling need of the hour- Change of the Mind. Pick this up only if you dare to change. Read this book only if you are ready to acknowledge where we've gone wrong. It is an important step - knowing that we went wrong. Because it is only then that we can overcome our own prejudices and work on changing our perceptions.

Though I really do not think one must look at such books with any literary criticisms, I must admit that the girl knows what she is writing. I did not find any major error of the language, although I would advise using of better imagery and vocabulary to describe emotions than what is presented in the book. Being such a sensitive book, the emotions heighten the effects of the experience that has been written and a provocative (not in the sexual sense but only as an instigator) command over words would ensure its effectiveness.

By writing this book, Sagarika, you have earned my respect for a lifetime, if not more. Thank you for penning such a sensitive book. For those who wish to know how awesome a woman and a person she is, here are few links to get started! :D 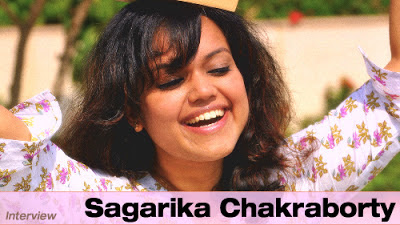 If you are one of those who want to do something, make that difference and bring on change...I would say..Start by Reading about what actually happens..what the victim goes through and how a choice is not that friction-free from that of a victim to a survivor... Read and read, till your eyes see the truth, crystal clear.

You can buy the book at a discounted rate here..

Come 2013, I had decided to take reading writing and reviewing more seriously and thus, came up on this Brand Grand Scheme! **tantanananannaaaaa.....**

I am all set to conquer this Reader's challenge! And it'll be fun because I keep procrastinating on writing reviews even after I have read a book! So Here it is, 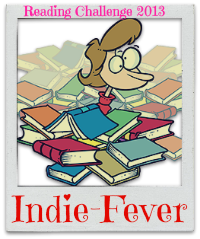 Posted by PRIYANKA DEY at Monday, January 21, 2013
Email ThisBlogThis!Share to TwitterShare to FacebookShare to Pinterest

Well, there are two kinds of readers I know of- One who read Science Fiction and Love it, and second, those who have read something on those lines but refrain from reading the pure sci-fi genre, fearing it'd make no sense to them. I happen to fall in the latter category. 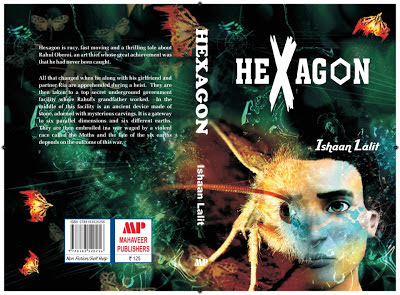 Call it fate or otherwise, I happened to meet Ishaan Lalit, the author of this sci-fi novel, Hexagon. I was instantly enticed by his lifestyle- the way he has multiple worlds in his mind and how he perfectly chaffs and juggles himself in and out of each of those with that constant smile of his and with the endearing and warm personality that he exudes. I have in the past couple of years dreamed of being a writer and I pretty much am the same sorts. Such personality types perhaps cannot be bracketed in any particular compartment or a "type"- I can be the wildest extrovert with the widest grin and biggest mouth and can turn into a recluse as I shut the door of my room. If I love you, I am passionate and if I hate you, I am even more passionate. You get the flow, don't you? :)

I have hitherto, been quite afraid of such genres, blame the humanities studies that I am still going through. But like they saw, if you fear something, overcome it. And thus, though I acquired a copy of the book, I fellshort of actually sitting down and reading it. It was then that I borrowed another book on the same lines, Catch Me If You Can by Frank Abagnale Jr. and as I flipped through the pages, I realised that I was enjoying the journey. And thus, I began reading, Hexagon by Ishaan Lalit.

And trust me friends, if you have read Catch Me... you will relate to this one instantly. How? Well, that you'll have to discover on your own and come back and let me know if you felt it! The difficult aspect of writing a review for a sci-fi is that you cannot let out much details and yet, let your readers know how you felt without letting them know why you felt so.. Ah! Such tough Job you see! 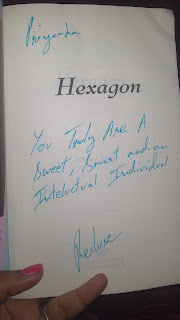 The story revolves largely around a certain brat named Rahul Oberoi who is a artistic heister in the sense that he steals precious artefacts and art pieces without being caught even once. (I think I am in love with adjectives, and see how double-meanings they acquire! Such talent I have!) Oh, and there's my favorite dimension to it- Ria, his partner in crime as well as his Girlfriend. (I know, this totally sounds like Dhoom 2?)
One day, they are caught by the Government officials and the police but are then sent to an underground address where Rahul learns that his grandfather is dead and that now there are more secrets to be revealed to him, which he had no clue of. He learns about Hexagon, a structure which is basically a gateway to six parallel Universes and that one of them ruled by the Moths, is about to declare war and seize control over the other universes, including theirs.

So, the main hounding question is- How does Rahul help the officials? What role does Ria play in the scheme of things? And what role do the other characters play to either stop the war or declare the war? And lastly, but most importantly, who wins the battle-The humans or the Moths?

It is an intense and gripping tale and keeps you hooked on to the plot, the characters. But it ends too soon. The situations, the emotions and the conversations seem to be in a scurry. I really wish Ishaan Lalit would have kept the pace a little slower with a slower pace of detailing of the places, such as the initial introduction to the Hexagon- one has to be either very creative or be a science-fiction fan to get a grip of the structure so described. Another flaw would be that of the errors. I really wish both, the author as well as the publisher  had taken care of the proof reading and editing bits and delved into them more seriously. Because at times it were these mistakes that broke the intensity of the plot. For example, Ria written Riya or Rahul being called the son at times, when he was the grandson.. More glitches like the book literally ended from cover to cover, i.e. till the last page. The last page is usually left blank or has information about the author's next or the publisher's next..and this one did not. (In a way good that they are saving on paper, but well...) 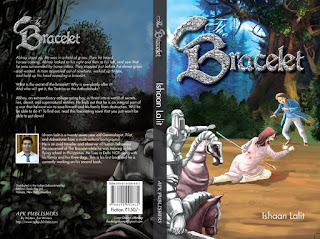 I am sure these things can be taken care of in the next re-print of the book. Otherwise,in terms of being one of the few sci-fi books, it deserves an applause and a worthy read. Also, though I did like the book cover, I think it does not do justice to the plot, perhaps you can come up with a better one too? And oh, by the way, this isn't Ishaan Lalit's first novel. He has authored a book titled, The Bracelet which also includes some other worldly characters. Clearly, he is an outstanding and out-of-the-world kinda author! (The love for adjectives is really getting unto me, isn't it! )
Also, the book received the Best Science Fiction Award at the Indian Literary Awards hosted by Butterfly and the Bee. Cool eh? 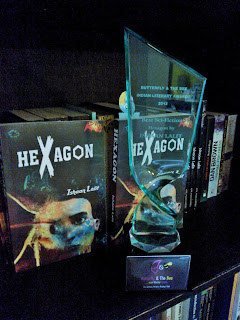 Being someone who isn't much of a sci-fi fan, I think anyone who likes to read can safely go for this book. It isn't technical or boring. One does not have to belong to the Sciences to get a hang of it and thus, I entered and safely exited the genre! :P And so will you, so do not fear my worthy friends, take a deep breath and jump in for the thrill of it!

Here you can buy the book at a discounted price!