It was never going to be an ordinary day. No day after this would be an ordinary one. Rakhi lay on the bare floor, her wrist letting all the pain away, with the blood. She made no noise, her parents were close by in the other room, talking. The rain was pouring, with sways of light breeze flocking her curls slightly, a silent spectator of all that she had experienced. Soon the blood would stop flowing. So would the breeze. 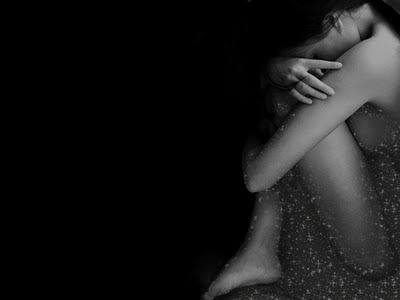 She could hear her mother whimpering as her father growled in anger. "Why did we allow her to go to college? It is all because of your callousness, Radha! Why else would they choose only Rakhi out of so many girls!"

Her mother, now crying aloud shouted, " This girl! This girl has made me kneel onto our knuckles, Krishna jee! She must have woo-ed those boys. These boys are from the Thakur family- well-bred and of royal blood. She is at fault for sure. I repent! I repent the day I gave birth to this slut!

"I wish I could strangle her to death, only that I can be jailed.Or else...", Krishna's voice trailed into a silent gasp of anger.

The rain was getting heavier, the blood was flowing out of the house through the drain, diluting itself into the rain-water. Maybe some bit of her would get evaporated along with the raindrops. Maybe then she would finally find peace.

"Where will we now get a groom for her! Who would want to marry a polluted girl! What a shame she had put us all into! Even the lamest of boys ask for such a huge dowry. What do we do with her, Radha?", Krishna scuffled as he said those words, emotions searing through his chest, hot and burning.

He inhaled deeply. Standing against the window, the breeze touched his face and sent cool shivers down his spine. He closed his eyes for a moment. He saw Rakhi, a little girl playing with a bowl, pretending to cook lunch for him. She looked at him, draped her chunni over her head and came running to Krishna with the bowl filled with boiled rice. "Baba, I cooked this! All by myself.", she exclaimed as she proudly presented the bowl to him, her eyes twinkling . The twinkle seemed to dull slowly, until it blurred completely.

His eyes opened, and his hands reached out, as if to get hold of his little daughter. He sighed. That little daughter, had proved him wrong. She wasn't that little any longer. In fact, it was unbearable for him to even call her, his own! Krishna sighed, took in another deep breath and continued," When a daughter is born, her marriage, her training becomes a father's major concern. She becomes the upholder of the father's respect and dignity. When Rakhi was born, I knew I have a burden to carry. But I never knew the weight of it until today. What face will I show to the society? She got herself raped! And that too, not by one but five boys from the Thakur family! Sexually enticing whore! Thankfully, the Panchayat forgave her for filing the complaint in the police station and asked me to take back the case and let the issue die away quietly. Or else the surrounding villages would have also come to known of this shameful incident!"

The sky has almost emptied itself, detached from the weight of the clouds that's clung to it just hours back. The earth smells of home; a place meant for all to exist but few to live. The rain has filled almost every hole, even the ones that hid themselves behind walls or creeks and beneath layers of silt. The sky is clear now, greeting a new morning. The rain has gone, so has the night.The night that promised darkness for some, to others, just another night to sleep.

Krishna looks across at the picturesque scene outside. It gave him hope, a silent nudge that things would get fine from here on. The horizon seemed distant and blurred,as if it challenged him to go forward and grasp it. It reminded him of the glance he had seen of his daughter, Rakhi last night. He walks down the corridor and enters her room. He finds darkness looming in, as if it wished to engulf the room and everything it contained. Even Rakhi.

His eyes struggle around the room, searching for her. And he stops midway, as he sees her lying on the floor. Silent. and Lifeless. She found her peace, somewhere in that darkness. In the drops of rain that smothered the pain, she had experienced. There would be no pain now and no shame too. It was never going to be an ordinary day in her life. It had taken in too much and given her what she finally needed the most: Peace. Justice had never been an option.

This post is part of the contest It was never going to be an ordinary day.. on WriteUpCafe.com

Posted by PRIYANKA DEY at Saturday, April 21, 2012
Email ThisBlogThis!Share to TwitterShare to FacebookShare to Pinterest

I met a girl, she was tucking her hair


into the hood of the jacket she wore,


It was summer, and I thought she was mad
Still, I stood by and watched instead. 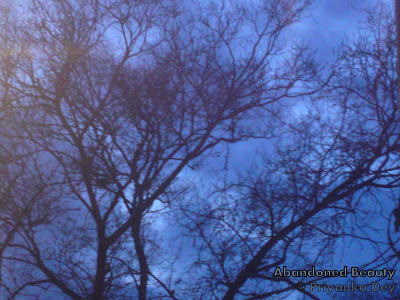 After a while I asked,Ay! It ain't winter yet,She looked at me, and turned back to her work"Go on, after you've enjoyed my madness"She said. You shouldn't be this rude, you knowI wanted to help, after that I can always go, I said.

And then shall return winter, hounding upon me


this warmth shall be missed, the windows closed yet open


The sill would break, the winds would blow the curtains away
My home would drown into mud and clay.
Then would come ice, and shudder my fright
into me, like this warmth of yours you show
Drill into my strength and take it out
force the cold, to end the much-ignored fight.

Ay! You must leave soon,
for I can see winter coming
What if he sees you here,
he might run away, she said.
That would be a good thing, right?
I replied. It would save you from hell.
And after that I can trod along my path,
I'll feel good I helped someone, mate!

She smiled to me, a sad smile


that almost broke my heart apart,
Why o Why, would you not let him come,
the one that is horrid, but is sure to come.
That who is my true friend,
he comes and goes, to come back again.


Spring awaits you somewhere in your way!


She wouldn't budge. So I gave up.
I looked at her one last time and stepped ahead. In front
of the road, I saw a veil, removing it
was a mirror instead.
I saw that little girl, standing midst of the winter hail
We looked, just the same. 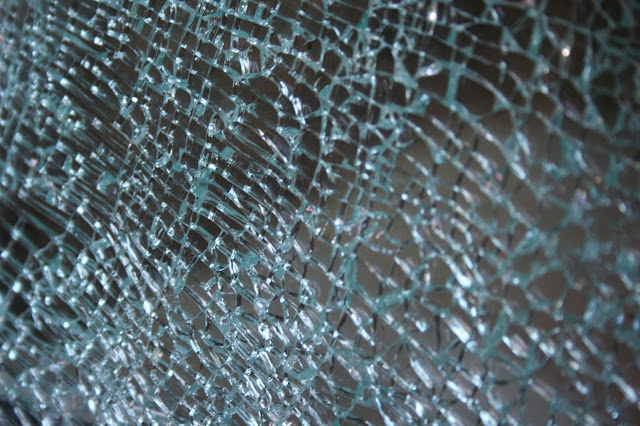 Posted by PRIYANKA DEY at Friday, April 20, 2012
Email ThisBlogThis!Share to TwitterShare to FacebookShare to Pinterest


Napowrimo manages things out of me, like no one else! It is unbelievable what I got into this time! Napo, gave the following prompt and this is what I made out of it. Hope you like it!
:)
Do leave in a comment so I know you visited!
Here is the Prompt: Day 12
I chose a French poem titled Nuit d' Aout, from HERE. You will find the english translation in the site too. Now here goes the original poem and below it, is my version! :D


Amuse! Queue imported all marked owl why
Jam, deja vu! ex-pal urge me edge wax supper
Jam! it pur an base urge dawn in Mongini*
Jam! It jives, chant a large hoot leap race
My folly experience at mess, so you sighed injure
It jived us, reckon, there it repeat her answers
Queue hap reservoir joyed the wives answer my tresses
jade, fate Sir, meant the wives at the more they mourn
The polluted won't tousle your gull, I'll quieten the wire
Cure's gone fled  a Martyr's tamer it's Coat has crew firm
Aim; at turn, at race, face to floor paw recolour.
A press, a wire suffered, I left sufferer in core
I left aim, air, answers,  a pro-reservoir aim.

Posted by PRIYANKA DEY at Thursday, April 12, 2012
Email ThisBlogThis!Share to TwitterShare to FacebookShare to Pinterest

Little this. More of that.

One for sorrow,Two for joy.

Posted by PRIYANKA DEY at Sunday, April 08, 2012
Email ThisBlogThis!Share to TwitterShare to FacebookShare to Pinterest

Till you learn the Blues

A fun-filled prompt by my Napowrimo Family! :)~ Blues~
1 comment: 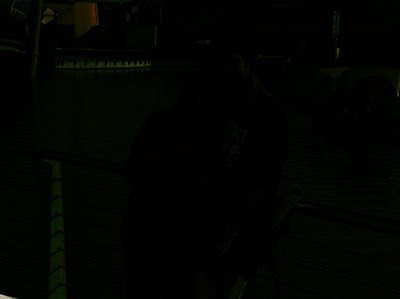 
You take your paper, I'll take my colours.

Because it matters no more

Who would have known it isn't enough to love

You take your words, I shall take my rhetoric


Saying I Love You seems irrelevant

You take your paper, I'll take my colours.