Let HER story be written as well! 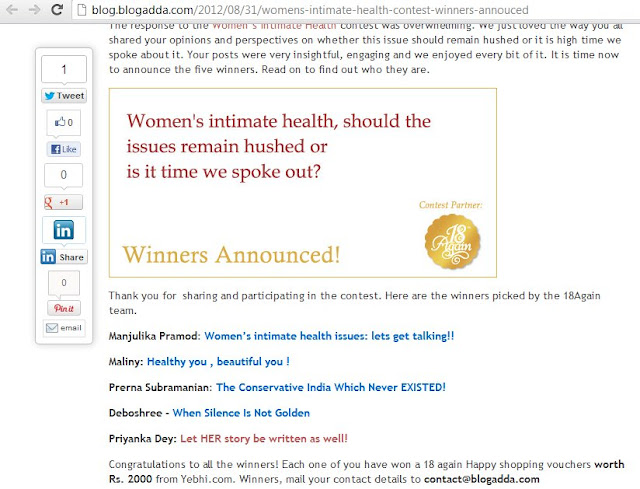 This post is a part of the weekend blogging contest at BlogAdda.com in association with 18again.com

We often have a wonderfully orchestrated system that we live in, or rather pretend to be living in, that we call Society- a place that circumscribes you into the person that you are ought to be. It is this moral obligation that one has to follow as well as transmit, from one generation to the other. We often gimmick a hue and cry about how we are losing pace with our culture, traditions and morality, due to the whole flux of globalisation liberalisation and privatisation.

These repertoires have been used, abused and misused by the politicians, the media and even by us, to place ourselves in a higher level of sophistication or to simply justify what we otherwise know is morally unjustifiable. Be it any period of history, women have always been overtly presented as this epitome of all the fancies of this worldly delight..And, and yet!She is the most ignored of all when it comes to Her! What is a woman really, without a man or a family in her life?

No I won't talk in abstract today. What I want to talk about is Women's sexuality. A girl before her puberty, is conditioned to be playing with a doll, helping her mother in placing plates for the family or learning dance to show to the guests when they come. A boy is told that he has to grow strong and plays with cars, guns, video games.
When they reach puberty, girls are taught to be docile and not speak much while a guy is taught to vocal. Also, menstruation is a baggage that most girls carry with a heavy heart, because it is not just painful but very very emotionally distressing. Instead of helping her deal with it, the society designs a number of norms for her- don't talk much, don't watch porn, don't hang around, bleh bleh bleh.

When they grow up, thanks to our brilliant sense of education system, both the girl and the boy know what is meant by the terms "reproduction", "sex", "genitals", "sperms" and so on. But what they do not teach is hygiene.Not to forget the mechanical way in which the sexual conduct is depicted.The beautiful and touching language of English also fails to bring about the necessary feelings for it. And then men are blamed to not really think of sex as a stimulating act..while women are to only shy away from such topics and to think about it, is nothing more than a guilty trip.
I know you consider this to be utter crap, but these are things I have observed even now. Tonight we were to watch Dirty Picture together. And I do not think I could present a more apt example for this one. I was sitting with my sister, watching Tv. And were soon joined by our mother and maternal grandmum(nani). Well it started off nicely, we munching on bhujia and popcorn, but after ten minutes, the scenes and dialogues were just way too provocative. I grew stiff, with my eyes darting from my sister who was pretending to be closing her eyes, but was watching it, thinking she was bluffing me, while on the other hand, I could sense a tension between mum and nani. Nani was moving in her seat, uncomfortably, while my mum started fiddling with her phone.
Here we are..four generations in the matriarchal order, of differing ages, sensibilities and culture. But what was common in between was the awkwardness. Did they not have sex i.e. my nani or mum? They did. Haven't I heard about sex? Yes I have..And though my little sis is only 10yrs old, doesn't she know even if mildly, how "dirty" was Dirty Picture????

We shut the Tv after about 30 minutes,all of us were sweating and our brows were crooked by the end and the tension was unbearable! That reminds me of the whisper ads, Kamasutra condoms, and the Axe deodorant ads! Oh man! Always shows how women are always sexually stimulating the men's world, but what happens to the Aam Bharitya nari?
Who can ever forget the Amul Macho Ad! I think it was a hell of an ad!! At least for me, it paved way for the sexual fantasies that women have, and Boy! did I see my maid twinge in shame every time she saw it!

We are not supposed to discuss about our menstruation, not about our sexual fantasies, interests and the hots we have for our Bollywood actors or the college hunk. But then, be the perfect hosts to our dear husbands once we are married to the man of our dreams!
We are taught by our mothers to be loving caring and all that jazz, but then what about being sexy? What about orgasms? What about how to use our sanitary napkins? what about discussing our favorite sexual positions (which would be possible only after one knows them!) and sexual fantasies? 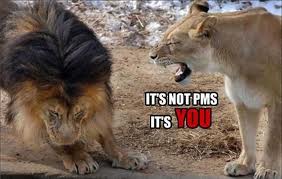 A man in the so called 21st century India can have sex with women and then find love in her, but the woman if she does the same is called to be a whore or a slut (whichever sounds more fancier)! A woman when shouts or acts rowdy, she is said to be facing PMS or Pre Menstrual Syndrome. If a woman talks about the empowerment of a woman, she is termed to be a Feminist, while a man is only a Man. His actions can be justified, but not that of a woman..And no, it isn't the story about a woman and man of the 21st Century my friends. This is an idea that started with the very inception of Man- with Adam and Eve. Eve was the carnal one..she could not resist..

The woman is a Goddess, A Dharmapatni, alright. If she isn't taken care of, how will the family thrive? To take care isn't to load her with gifts, but with affection. To know when she is menstruating..to help her with her work and her emotions alike. To know what pleases her sexually and otherwise..
If she is the tune to which the birds sing along and play in your garden, then let her voice be heard. Not just what you wish to be heard, but her views. Let her FEEL. Be it sex or love. Anger or Lust. Greed or Tears. Let her, please let her be Human instead!

This is one such perfect example of what I mean! Start TALKING! PLEASE!

Posted by PRIYANKA DEY at Sunday, August 26, 2012
Email ThisBlogThis!Share to TwitterShare to FacebookShare to Pinterest