Holding onto the Shadows 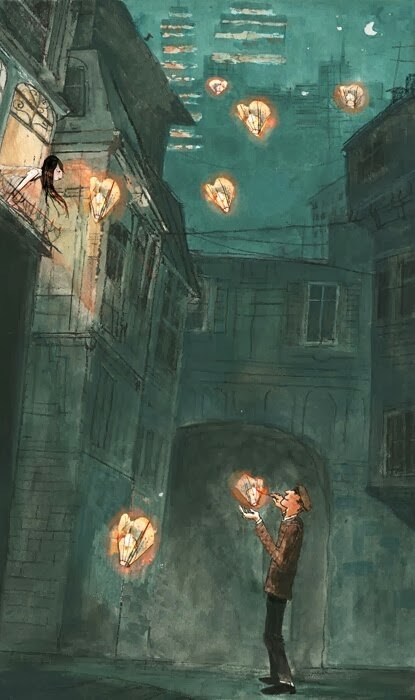 Secrets
How easily one unlearns them.
And when the voids fill the gaps in between,
They etch onto us, like reminders.
Cindered on our pillows, the shampoo we’d shared
How I’d been conscious to throw it away, after you left.
A hundred lonely nights of talking it out,
Sometimes to myself, and at times to your silence.
They only grew, the shadows against the wall
Of the monsters lying under our beds.
When did it come to this?
No one would become a friend now, nor a lover
How important can one person be?
How many relations can break at a single goodbye,
How come we never think till there’s no other choice?
When you left, a thousand echoes hid in the nooks you’d lazed on
Your touch was almost shed off in the springtime of my poetry writing
I sighed at the thought of you gone,
The only solace being, the secret remained.

This post is a part of Write Over the Weekend, an initiative for Indian Bloggers by BlogAdda.
There's someTHING I hold onto. Secrets~ Words that made us, Us.via dVerse
18 comments:

Posted by PRIYANKA DEY at Saturday, February 22, 2014
Email ThisBlogThis!Share to TwitterShare to FacebookShare to Pinterest

Seriously, how many of us know the root cause of
why the world is so serious?
The aam to the khaas, from the beggars to the nawabs
Once-divorced, thrice bereaved
The end of all tragedy leads to it.
Aakhir what is the praablem janaab?
Itne kyun hai serious aap?
Imagine a world where we end letters with
A ‘Seriously Yours’ and socho if there were
Medicines with the tag ‘seriously made’?
I wish I were half as serious about my life
As my aunt is, whether it is a shaadi or a disco night!
My professor seems to have forgotten to smile
I wish someday soon
I’d get to see him out of the whole 'serious' look!
I can sacrifice my pride and look the other way
To find the smile tuck behind his moustache nook!
I wish yeh seriousness koi door bhagaaye,
So that thode aur marks toh mil jaaye!
It kills to fight over every mark,
Kya har mark deduct hota hai
From your salary, jailer sahaab?
Seriously, is problem ka koi toh solution nikaalo yaaron!
Kahin der na ho jaaye, let the smile widen a li’l more often!
Kya kare, from where do we get the babajee ki booti?

Tabhi prakat hui meri ladli behen,
Mere aankhon ka taara, mere jeene ka sahaara
Adding tadka n’ spice to my otherwise saadi daal
She made me realize that is seriousness ka hai ek ilaaj!
But she had one condition, usko chahiye thi meri favorite sweatshirt!
“No way, I won’t” I cried, aghast!
Then she went on with her pravachan,
“The world shall remember your sacrifice, meri badi behen!”


Ban jaao apne film ke villain nahi hero,
5 Star khaao aur masat jiyo.
And if you're lucky you'll have a sister
to enjoy every bite too!

This entry is in remembrance to all the souls who miss being in the #ConditionSeriousHai mode, shukar hai 5 Star hai!
No comments:

The Do Right Campaign ~Blinking Stars

As the blinkers go on and off in the desolated roads of Connaught place, I make way towards a place I call ‘Home’. Of course not every eye is lucky enough to see the surreal illusions the lights create. Not every pair of ears is blessed enough to hear the birds calling out to their mates. The point here is not to make you feel sorry for them. It is for you to realize what all we miss even with all the senses intact with us. Something I realized that very night as I saw small kids snuggling into a half torn jacket. As they fought amongst each other, hitting each other and the laughing out as one would successfully strike at the other, a dog came into the scene. The little girl tried to shoo the dog away, but it persisted and finally, to my amazement, I witnessed the three nestle into that torn jacket. That tiny world seemed warm now, at least from a distance.

When I came across this video and the concept of “Do Right”, what struck me instantly was the faith- the conviction was contagious, to say the least. The aim of Koshish, the organization that facilitates the well-being and nurturing of responsible and talented individuals who have shed off their inhibitions of being deaf and dumb and who through creative techniques and ideas, have overcome the deterrence of the missing senses.
Words, they’ve meant the world to me, as far as I can remember. Hence I know, I know the effort it takes to bring them to the mouth and blurt it out like every iota in you, means it. Through this initiative, the team at Tata Capital wish to gift two cameras to the extremely talented students in this organization. I personally feel that one must at all levels support and encourage such steps and thus, here is my small contribution to this revolution called #DoRight !

The world recognizes that such individuals are not physically disabled. Rather, they’re differently abled. They have the power and capability of a perspective that’s borne out of the experience of being ‘different’. My only hope from my brethren is that they realize the potential of what the absence of one of the senses can actually create. I believe that India, with its army of the ailed, veiled and differently-abled can become the super-power in the next decade if we harness the potential that we’ve got in every eye that twinkles looking at the moon, for not every eye can dream a sky with boundless possibilities. And if they do, we must never let them close unless they close to blink again. Let them blink and usher in the happiness this world deserves. 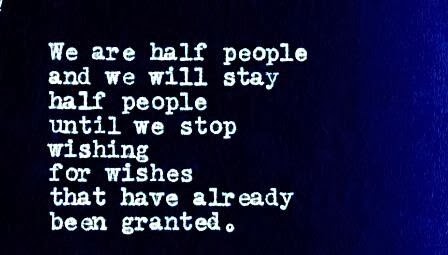 This post has been written as an entry for the 'Do Right' campaign, an initiative of TATA CAPITAL in association with INDIBLOGGER.
No comments:

The King of Knowledge~ An Affair to Remember

On treading the oft divergent paths to a living,
We forget life in between.

And as the milestones are crossed one by one,
All we quest for is to become a ‘someone’.

Hobbies move disarray from the realm of a person
From centre to the corner, role-reversals in suspension.
And we all grow old one day, and it hits us
In intrigue of a career, we ended up like a portrait by Bacchus-

Morbid, like a beautiful tragedy
Most of us fall prey to life’s comedy.


My first encounter with the word 'Overseas' happened when I was in 11th standard. Studying in a Convent school, it was the time when hormones run wild and life as it is, ceases to bind us. Humming songs, writing poetry and somehow managing through the tides of algorithms of alphabets would explain my adolescence. Nonetheless, there was one thing that mesmerized me-
It was the framed certificate from London School of Economics and Political Science belonging to the father of my first date. I thought I was in love with this guy and would eventually marry him, simply because he had a father who was a pass-out of LSE.

Thus, my platonic love for London has been ephemeral in lucid intricacies- it defined perfection for me. Time passed by and I fell in love with history and political science. In 12th std, I scored very well in both the subjects and even got distinctions in the same.

But one day my dream was shattered when I got my first real rejection. No, not from that guy but from my parents. They’d made it very clear to me that LSE was way too expensive and that they would not be able to invest the money required. I do not blame them; I have a younger sibling for them to take care of too. I took admission in one of the best colleges in the country for my graduation in History. Why not Political Science? Because there can be no better place to do justice to it than LSE. You think, I am crazy? Well, yes I am because big dreams are worth it!

And that’s where my true love affair began.

History for me is my dreamland where nothing is baseless or fantasized. Nonetheless, without the power of imagination and the magic wand of words, one would feel bored or incoherent from the subject- something that majority of the population globally suffers from!

And that’s when King’s College, London re-surfaced into my bewildering scope of things. Not only do they have an extremely prestigious research faculty and esteemed world ranking in Historical Studies but they’re one of the few colleges that introduced innovative and hitherto studied syllabi, including that of fashion-poetry and classical poetry forms like Hellenistic Poetry. If LSE meant the first sense of perfection for me, King’s College is perfection personified. The best part about King’s College is that I can pursue both History and Poetry together, with regular poetry reading sessions and creative writing courses. Moreover, it is situated in one of the most favorite places I have visited- London!

Regarding History, what interests me the most is this particular course in the War Studies they are starting this year onwards, to commemorate the centenary of the First World War. It is a defining moment for historical studies to study the WW I as a phenomenon and scrutinize the various nitty-gritties of the same- things that may have been ignored and which have come back to haunt us with the test of time. With better opportunities and a first-class Masters degree in hand, I can continue my research in King's College by taking a loan and repaying it by earning a stipend too! Hurray!

...If it means to be there in every moment
And relish this uncertainty

Then I shall want to live this life
With all its wondrous revelations
And with know that I am safe
In the arms of the Unknown.
This leap of faith, I shall take
Reach out to what lies ahead and beyond me
Because #KnowledgeIsGreat!

This post is written as an entry to the #KnowledgeIsGreat collaborative endeavor by British Council in association with Indiblogger.